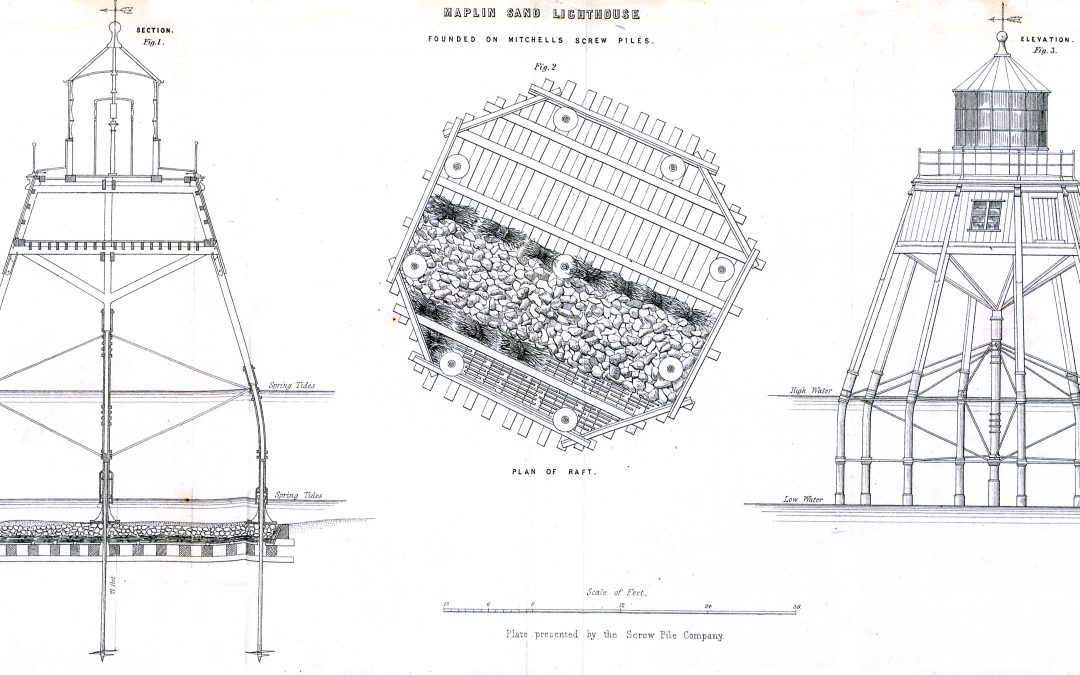 Helical piles originated in the 1800s. Sometimes referred to as helical piers or screw piles, helical piles are a deep foundation and bearing system with applications in tension and compression. When torque is applied to a shaft, a helical pile is installed with a screwing method.

Helical piles were originally utilized as a type of foundation system during the 1830s. They were useful for lighthouses and ships in river moorings. A sightless Irish engineer, civil engineer, and brickmaker named Alexander Mitchell initially created helical piles made of either wrought or cast iron so that structures built on sand and mud could be stabilized. Irwin Ross, an author, described Mitchell’s very first assessment of this invention in the year 1832 as follows:

“One evening he hired a boat, and with his son John as boatman, he steered his course to a sandy bank in Belfast Lough, where he planted a miniature screw pile. He then returned home, no one being any wiser about his experiment. Very early the next morning, before the working world was astir, they rowed out again, examined the pile, and found it firmly fixed where they had placed it, although the sea that night had been a bit rough. This was a moment of great satisfaction to both father and son.” (Hendrickson, 1984 pp. 332–333)

Mitchell had his helical pile patented, though the original version relied on the strength of donkeys, horses, or other animals for installation when people weren’t available.

Nowadays, helical piles can be purchased in different sizes, including round and square shafts. They can be used for varying applications, too. Over the years, helical piles have adapted to various trends and engineer needs. They offer a deep and sturdy foundation with load capacities that are predictable. Helical piles have faster methods of installation in contrast to conventional solutions for deep foundations. Best of all, you can install them on job sites with tight access.

1830 – 1875 (the Marine Era) – Helical piles had been used at first for lighthouses, ship moorings, and marine structures. Screw piles were invented during this period.

1878 – 1931 (the Agricultural Era) – most of the original patents involved applications for fence posts. Developments in soil/plant science and irrigation occurred during this period, in conjunction with a series of patents for helical piles related to fencing.

1920 – 1980 (the Utility Era) – the subsequent patent groups, which started during the 1920s and went all the way to the 80s, were mostly for pipelines, utility enclosures, tower legs, and guy anchors.

1985 – PRESENT (the Construction Era) – most of the patents from this period pertained to sound walls, underpinning, retaining walls, mobile homes, and foundational helical piles.